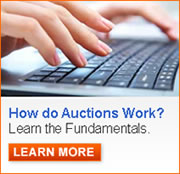 Several internet blogs and videos make false claims that a United States birth certificate is a negotiable instrument (a document that promises payment) that can be used to:

The truth is, birth certificates cannot be used for purchases, nor can they be used to request savings bonds purportedly held by the government.  Also, the “Exemption Account” is a false term; these accounts are fictitious and do not exist in the Treasury system.

This story is a variation of the older Bogus Sight Drafts/Bills of Exchange Drawn on the Treasury scam.

The common tale offered in this scam states: When the United States went off the gold standard in 1933, the federal government somehow went bankrupt. With the help of the Federal Reserve Bank, the government became a corporation (sometimes called ”Government Franchise”) and converted the bodies of its citizens into capital value, supposedly by trading the birth certificates of U.S. citizens on the open market and making each citizen a corporate asset (sometimes referred to as a “Strawman”) whose value is controlled by the government.

Scams vary in methods for citizens to gain control of their alleged assets, such as:

These blogs and videos promise that your birth certificate bond will be able to wipe out all your debt or help you collect monies/securities. Some internet sites even offer to sell videos, webinars, and coaching on how to do this.  No one has profited from the Treasury Department by using these tactics.  But, the scammers intend to profit from this story by selling their bogus wares.

There is no monetary value to a birth certificate or a social security number/EIN, and TreasuryDirect accounts must be funded by the owner (through payroll deductions or from purchasing directly from the owner's personal bank account) to have any value.

Please be advised that trying to defraud the government by claiming rights to bogus securities is a violation of federal law, and the Justice Department can and has prosecuted these crimes. Federal criminal convictions have occurred in several cases. The scam artists who post blogs and videos are trying to defraud you into buying their fake product.  Do not fall victim to their schemes.